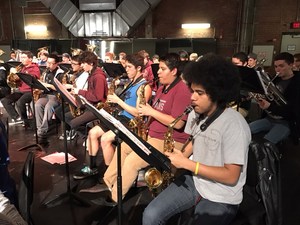 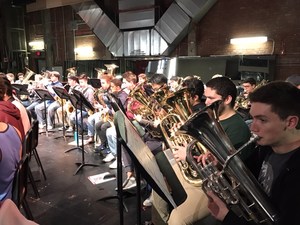 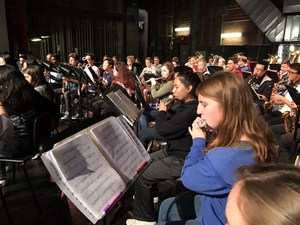 Top junior high and high school student musicians from throughout the Hart School District will perform starting at 7:00 pm on Saturday March 4th at the Hart High School Auditorium as part of the 36th annual district honor band concert. The junior high honor band is comprised of 83 students and the high school honor band includes 90 student musicians. The more than 175 students who were selected to participate this year came from a field of over 800 talented students. The community is invited to attend and tickets are $15 at the door.

The annual concert is directed by guest conductors that are either university directors or other prominent music educators. This year the High School Honor Band will be conducted by Dr. Lawrence Stoffel from the California State University, Northridge. Professor Stoffel is in demand as a guest conductor and clinician throughout California and the United States. He has conducted numerous regional and National Honor Bands and is acclaimed as a conductor. He is also a local resident of Santa Clarita. The Junior High School Honor Band will be conducted by Randy Gilpin. Mr. Gilpin served as an instrumental music director in the William S. Hart Union School District. He served at both Canyon High School and Rancho Pico Junior High School. We are proud to have two local musicians as our guest conductors this year.

Students have been busy rehearsing for this annual Hart District event and are looking forward to performing with students from across the District in the magnificent Hart High School Auditorium. Students from Castaic Middle School will also be participating.

Select students will receive awards during the concert. One junior high student and several high school students will be recognized for outstanding participation over two to six years in the honor band program. The Robert K. Downs Memorial Scholarship will be presented to a participating high school senior. This scholarship is awarded annually in appreciation of Robert K. Downs’ contributions to music education in the SCV, as a former band director for Hart High School and College of the Canyons. Several smaller Honor Band scholarships will also be announced.