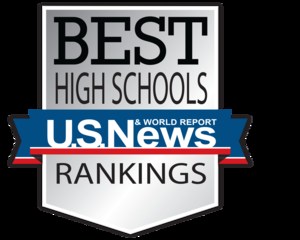 SANTA CLARITA, Calif – Four high schools in the William S. Hart Union High School District were honored with distinctions from the annual U.S. News & World Report Best High Schools Rankings.
Earning Silver Medals are West Ranch, Hart and Golden Valley High Schools, with Academy of the Canyons awarded a bronze medal. More than 22,000 public high schools in all 50 states and the District of Columbia were compared using various metrics including how the schools performed on state assessment tests and how well they prepare students for college.

“These rankings are higher than they were last year, with more of our schools being recognized nationally,” said Vicki Engbrecht, Superintendent of the Hart School District. “It is once again a great testament to the unwavering professionalism of our teachers and administrators to provide our students the very best education they can have.”

By virtue of being a middle college high school, Academy of the Canyons does not offer AP classes but instead their students take college classes concurrently with their high school coursework. Every student in the Hart School District has the opportunity to take concurrent classes at College of the Canyons.