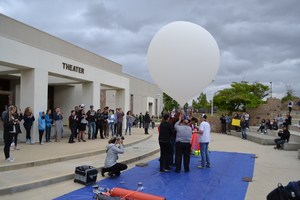 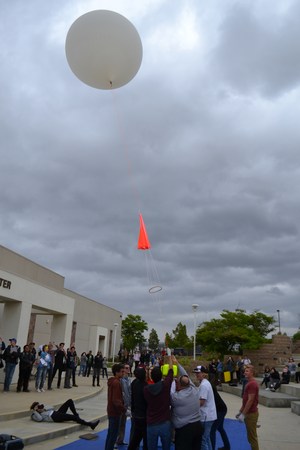 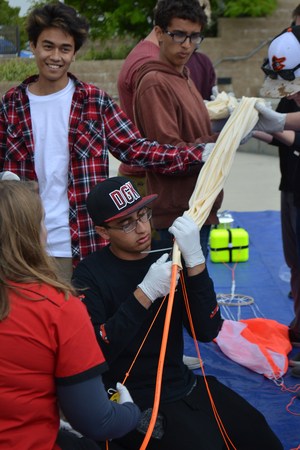 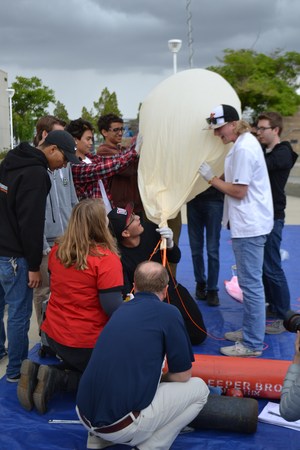 Under heavy cloud cover and a cooperative wind, students from West Ranch High School’s Astronomy class took to the skies as they launched a high-altitude balloon carrying nine experiments to the upper levels of earth’s atmosphere.
Under the guidance of their teacher, Christine Hirst, the students did everything from creating the experiments to filling the balloon to working with the media. This is the fourth year in a row West Ranch students have launched a high-altitude balloon to the edge of space.

In addition to GoPro cameras, the payload included experiments such as the effects high altitude has on Jell-O, bubblegum and blood. Even a live goldfish went up on the flight.

After the launch, a recon team set out immediately tracking the progress of the flight using telemetry received through a satellite communication system. The balloon reached an ultimate altitude of 87,903 feet before the balloon, which expanded to three times its size at launch, burst. A parachute then deployed, bringing the payload back down to earth near Lake Los Angeles in Lancaster an hour-and-a-half after launch.

Now the team will evaluate the GoPro footage and the experiments they sent to the edge of space, including the goldfish that survived the journey.