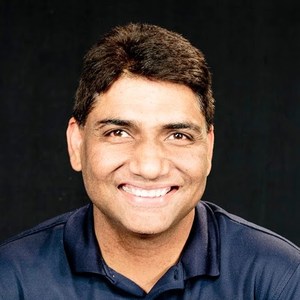 October 23, 2017 – Santa Clarita, CA. – Bowman Continuation High School science teacher Ravinder Athwal has been nominated for the 2017-2018 National LifeChanger of the Year award.
Sponsored by the National Life Group Foundation, LifeChanger of the Year recognizes and rewards the very best K-12 educators and school district employees across the United States who are making a difference in the lives of students by exemplifying excellence, positive influence and leadership.

Athwal was nominated by his colleague, Eran Zeevi, and has been teaching at Bowman for six years. He connects with students by building relationships and supporting them in their academic success. He participates in his school’s leadership and professional development teams, and also serves as the science department chair. In addition, he has been an intervention teacher for many years and teaches night classes to students over 18.

Recently, Athwal was one of 39 teachers selected from across the country to participate in NASA’s Airborne Astronomy Ambassadors program, SOFIA (Stratospheric Observatory for Infrared Astronomy). This mission is scheduled to take place next week onboard a Boeing 747 modified by NASA.

"Mr. Athwal is a persistent, passionate teacher who constantly thinks outside the box and tries new strategies to reach his students,” Zeevi said. “He is extraordinary with students, a team player with staff, and a well-respected teacher on campus. We’re very fortunate to have had him on our campus teaching at-risk students for the past six years."

Each school year, LifeChanger of the Year receives hundreds of nominations from all 50 states and the District of Columbia. Seventeen individual LifeChanger of the Year awards will be given during the 2017-2018 school year.
Winners are announced via surprise award ceremonies held at their schools. The grand prize finalists will also be honored at a national awards ceremony in spring 2018 in Bermuda, where the Grand Prize Winner will be revealed.

Winners are chosen by a selection committee comprised of former winners and education professionals. Nominees must be K-12 teachers or school district employees. To be considered for an award, nominees must
A resource page with ideas for how to celebrate nominees can be found at http://lifechangeroftheyear.com/showspirit/

To view Mr. Athwal’s LifeChanger of the Year nominee profile, or to nominate someone from your school community, visit www.LifeChangeroftheYear.com
Published October 23, 2017 Print