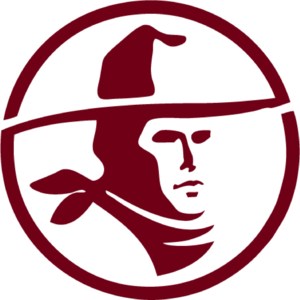 In 2016, California voters went to the polls and made it clear they wanted elected state officials to spend more money on school construction and passed Proposition 51 to invest $9 billion to upgrade aging buildings, build new schools where needed and build Career Technical Education (CTE) facilities to support better CTE programs. Thanks to the voters passing Prop 51, school districts by now should be hiring workers, putting shovels in the ground and providing students access to campuses that support modern learning environments.
Instead, some school districts are needing to scale back projects and trying to explain to their communities why the state is refusing to release the majority of the money their voters approved.

To date, the Governor has only authorized $640 million in Prop 51 funds in this year’s budget, even in the face of a $3 billion backlog in unprocessed school construction applications. This means the Governor is proposing to only fund 20% of the backlog and only expend 9% of the K-12 school facility bonds authorized by the voters in 2016.

If the Legislature does not address this in budget negotiations, school districts that submitted school construction applications after October 2014 could be forced to wait until fall 2019 – five years after they first submitted an application -- to receive school construction funds. This time lag means that an entire generation of students will be deprived of better school campuses.

Currently, there are $7.5 billion in unsold voter approved bonds that are supposed to be used exclusively to fund school construction projects and specifically to address the current backlog of school construction applications. The Hart School District urges the legislature to take this opportunity and invest in school campuses.

The state has historically authorized the expenditure of similarly sized school facilities bonds within four years of voters passing an initiative. To get back on track, the state needs to sell more than $3 billion Prop 51 bonds by the end of this year. The benefits of doing so are many: job creation as school construction projects get underway; and more students being able to access updated science laboratories, upgraded school libraries and improved technology in the classroom.

Every year, construction costs and interest rates escalate, which diminishes a school district’s purchasing power; this forces school districts to pay more for less in return. Even more concerning, if the state continues to delay the distribution of facility funds, school districts are forced to make impossible budgeting choices: do they divert funds away from educational programming to pay for mission critical facility projects so that classrooms are air conditioned, roofs aren’t leaking and seismic safety retrofits are completed?

With a sizable budget reserve in place and voters mandating that they want schools repaired, no school district should be forced to consider those alternatives. We ask that the legislature respect the will of California voters and make Proposition 51 bond sales a priority in the upcoming budget negotiations. Students deserve campuses that can serve their needs and the adults need to make sure that happens.
Published April 11, 2018 Print