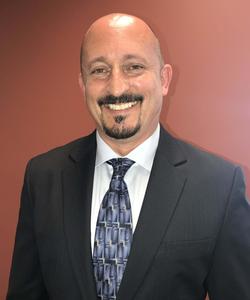 SANTA CLARITA, Calif – The William S. Hart Union High School District’s Governing Board voted unanimously to approve the appointment of Brad Renison to become the new Director of Transportation. Most recently, Mr. Renison has been serving as the Interim Director of Transportation.
Mr. Renison began his career in the Hart School District in 1995 as a mechanic. In 2010, he was promoted to Lead Mechanic where he coordinated maintenance and repair of vehicles, supported the transportation department and supervised the work of District mechanics.
In 2014, Mr. Renison was promoted to Transportation Shop Supervisor where he planned, supervised and performed mechanical maintenance and repairs of District buses, vehicles, machinery and equipment. He also maintained all records and coordinated with the California Highway Patrol and the Department of Motor Vehicles. Additionally, Mr. Renison oversaw and maintained the inventory and purchases within the Transportation Department and assisted in managing the comprehensive District Transportation Program, which includes student transportation and schedules as well as quality control of contractor work.
Prior to his service in the Hart District, Mr. Renison was a mechanic in both the Antelope Valley and Eastside Union Schools Districts from 1992 to 1995. He also served honorably in the United States Marine Corps from 1986 to 1992 as a Platoon Sergeant, Maintenance Facility. He is also a Hart District grad.
Published July 19, 2018 Print