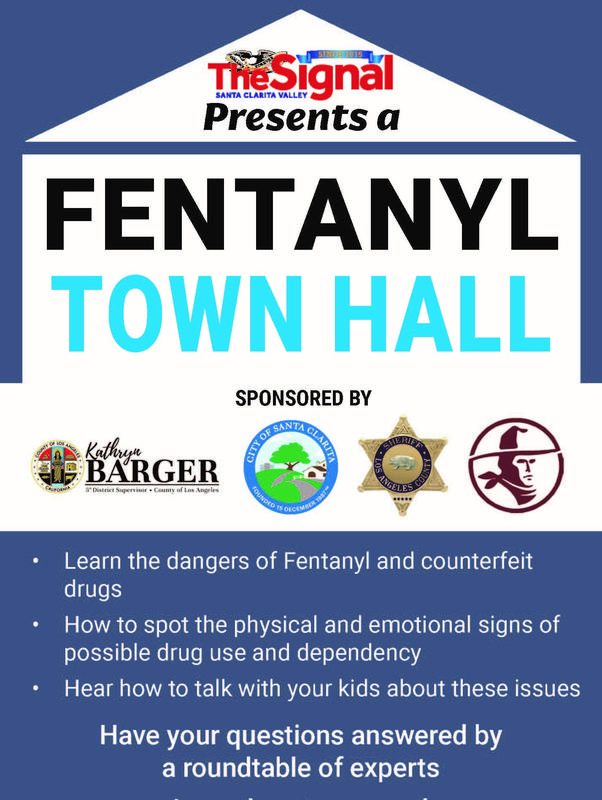 In response to the fentanyl crisis, The Signal, Los Angeles County Supervisor Kathryn Barger, the City of Santa Clarita, the SCV Sheriff's Station, and the Hart District have joined together to sponsor a Fentanyl Townhall for parents on Thursday, January 12, at 6:00 pm, at the Canyon Country Community Center. The Townhall will also be livestreamed at facebook.com/signalscv.

At the Townhall, parents will:

The Signal will be distributing free Narcan (limited supply). Only those 18 and older will be admitted.