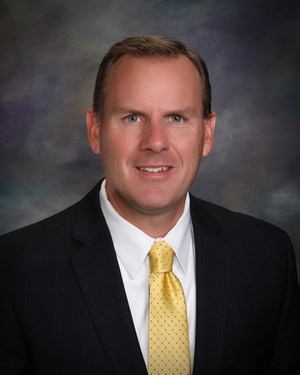 SANTA CLARITA, Calif – Rio Norte Junior High School principal Vince Ferry has been named the new principal of Saugus High School. Ferry will take over for Bill Bolde who is retiring after leading the school for 14 years.
"I am very excited to join the Centurion family,” Mr. Ferry said. “I look forward to working with a very talented staff, an involved parent community, and most importantly, the students of Saugus High School. I know Principal Bill Bolde leaves big shoes to fill, and I appreciate both his guidance and graciousness during this transition."

Mr. Ferry graduated with a Bachelors and Masters in History from the University of Oregon, where he was also captain of the football team in 1992. He was a special education teacher for nine years in the Hart School District before moving to Valencia High School to become the ASB Director. After four years he was made an assistant principal at Valencia, where he stayed for eight years until 2014 when he was named principal of Rio Norte Junior High School.