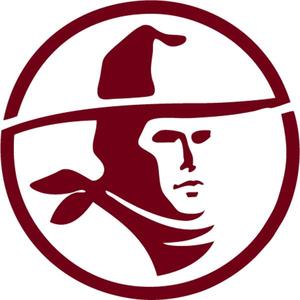 SANTA CLARITA, Calif – The California Department of Education recently released the student performance results for the 2018/19 California Assessment of Student Performance and Progress (CAASPP), with the data showing William S. Hart Union High School District students continuing to outpace their peers county- and state-wide.
The CAASPP is the state’s annual academic assessment program measuring how well students have mastered the State of California’s English language arts and mathematics standards, which were adopted by the state in 2010.
“Even though our numbers have only slightly increased, they are impressive, especially compared to county and state scores,” noted David LeBarron, director of Curriculum and Assessment for the Hart School District.
The tests, taken last spring by approximately 10,500 7th, 8th, and 11th grade students, measure student proficiency in the state’s academic content standards of mathematics, English language arts and literacy – the specific content that students are expected to master at each grade level.
Student scores on the CAASPP tests fall into one of four performance levels, ranging from standard not met, standard nearly met, standard met, and standard exceeded. The goal is to increase the percentage of students scoring standard met and above, while decreasing the percentage of students who score standard nearly met and below.
Below is a chart that shows the percentage of Hart District students meeting and exceeding standards compared with students across the county and the state:
All of the Hart School District’s subgroups outperformed their county peers in both the English language arts and mathematics assessments.
“Hart District students do well on state assessments because we place a strong focus on ensuring that our students are taught the State’s academic content standards, which is what the tests assess,” LeBarron said. “Every one of our schools has a professional development plan that focuses on research-based programs that improve student learning.”
“Our goal is not to improve test scores on the CAASPP,” LeBarron explained. “Our goal is to be sure that our students are well educated and challenged to their highest ability level and as a result, they do perform well on the annual state assessments.
Le Barron noted that the CAASPP scores are only one piece of the assessment picture, but they are the piece that is the largest for the public.
“We take it very seriously,” he concluded. “Our students’ performance on the state assessments is a measure we use to evaluate our instructional programs.”
Published October 14, 2019 Print